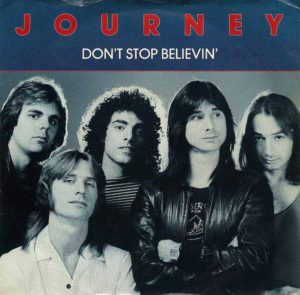 Earlier this year, on British TV sensation and cultural totem Love Island, Dr Alex reclined on a sunbed next to his on-again, off-again spoon-buddy Alexandra, and burbled: “I definitely have feelings for you but I want us to keep our options open. After all, your Love Island journey only began recently. You’re still finding your way.”

And there you had it. Journey, originally conveying an actual physical move from A to B, then increasingly seized on to refer to any kind of life process or catharsis, had now become fair game in describing a 10-week spree of preening and ogling, slapping and tickling.

Ladies and gents, “journey” is a tired, doddering old hound. As a term, it has been used, misused and abused to such an extent, its every utterance now elicits a sigh, an eye-roll and a vaguely audible honk from just offstage.

So please, let’s exercise a little restraint in using this word. If you’ve been through a process and your life has changed, say so. If you’ve learned stuff and developed personally, say that too. But let’s not call every time we do anything new or take a mildly important life decision a “journey“. And let’s leave the faux-romantic, quasi-mystical uses of the word where they belong: in the hands of inspirational speakers, 70s rock gods and our chiselled reality-TV friends on Love Island.