The Blessing – And The Curse – Of The One Hit Wonder 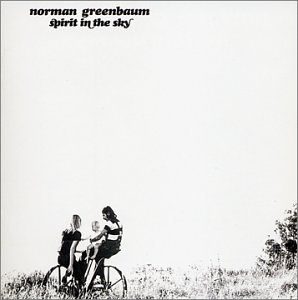 In the summer of 1979, Norman Greenbaum walked onstage to a sense of expectation so great, you could almost touch it.

Whoops arose from some faces in the crowd. Guitar strings were tuned. A bass drum pounded two or three times in quick succession.

And then, the inimitable fuzz guitar riff kicked in, closely followed by that lolling bassline and driving snare drum.

“When I die and they lay me to rest…

The crowd erupted. Pogoing, cheering, wailing along and playing air guitar like lunatics, the audience lost themselves in the uplifting riffs and melodies of Spirit In The Sky, Greenbaum’s legendary pop song from 1969 that ended up selling more than two million copies. Swept away in that moment of elation, complete strangers hugged, laughed and forgot whatever ills they faced outside. And then, after four minutes, the ecstatic pop anthem came to an end.

On attempting to start another song, Greenbaum was met with a wave of protests from the crowd. “PLAY IT AGAIN!” they demanded. So he did. And then he played it again. And again. In fact, such was the clamour for Greenbaum’s biggest (and only) hit, that he ended up playing that one song throughout his entire 30-minute set.

Greenbaum perhaps wouldn’t ultimately complain too much about his musical legacy. Despite his only having one hit, Spirit In The Sky‘s appearance in dozens of ads, movies and TV shows ensured he never had to worry about money again. But as with all one-hit wonders, his success was bittersweet, concealing a more highly talented and multifaceted person than Spirit In The Sky ever allowed.

Casting Off The Crutch

For us as speakers, the allure of sticking with our successful techniques or routines can be just as powerful. When we find that particular anecdote or style that lands with the audience, the feeling can be so gratifying that it’s tempting just to roll out variations of that “one hit” every time we speak thereafter. The problem is that, like Greenbaum, we can end up being captured by it, unable to express the other sides of ourselves or grow as speakers.

So next time you’re preparing a speech, try throwing away the supportive crutch of a particular tone of voice, or demeanour, or style of humour. Try something you’ve seen someone else do, or that’s the opposite of what usually works. If it doesn’t always land at EBS, who cares? And if it does, if nothing else, you’ll know you won’t one day be faced with an expectant crowd, happy with nothing less than endless repeats of your one big speaking hit.