In this post we peek behind the scenes of the speeches over the last few weeks at Early Birds to uncover the creative processes that brought them to life on our stage. 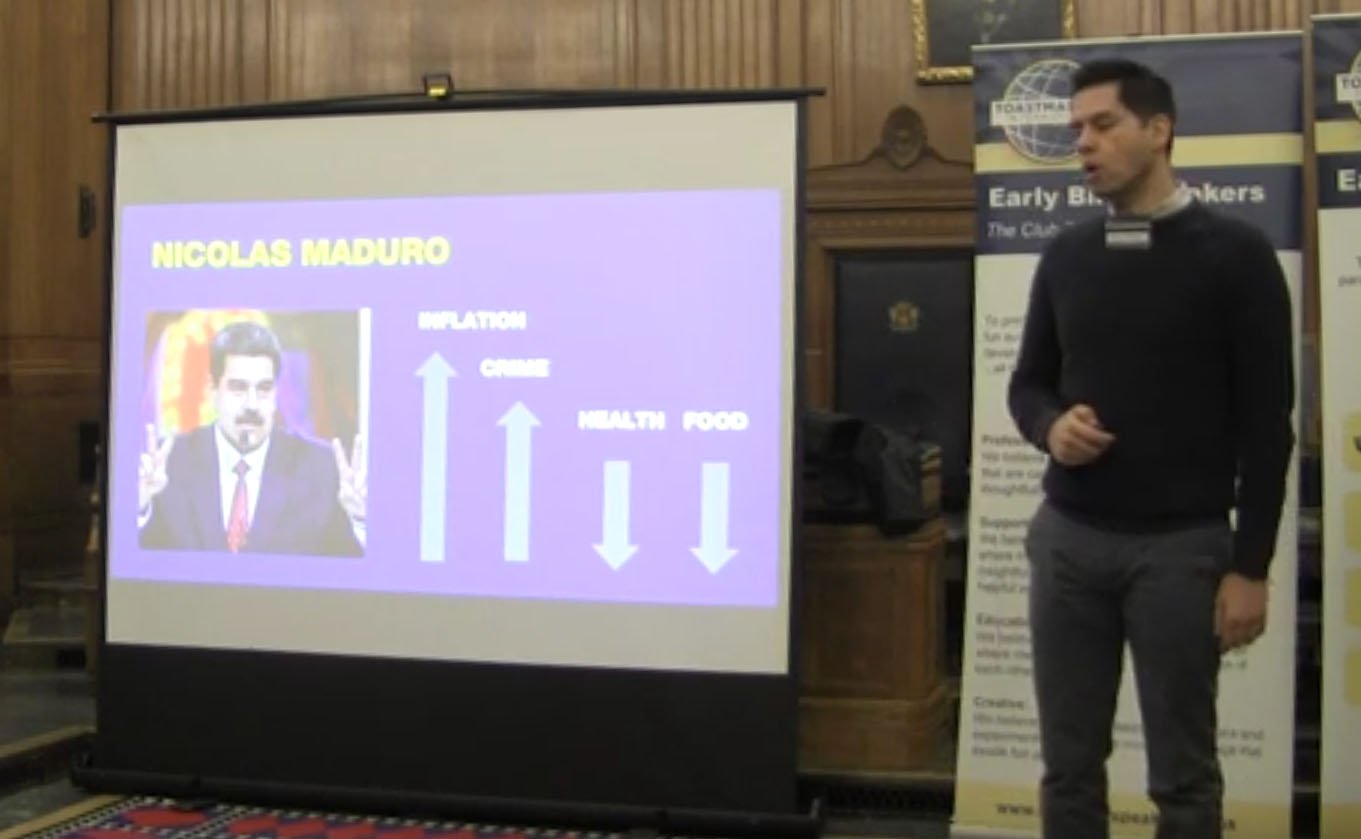 For 20 Years is Enough, Ernesto decided not to use a regular technique of a three-column beginning-middle-end diagram to outline a structure and instead went to work directly within the presentation deck to create the structure. His focus was on three questions – what, why and how – and built only slides that would answer those points.

“What I did deliberately was to choose one point and prove that point. Example: High inflation, here’s the chart and this is what it is. Nothing more. No economic explanations, beating around the bushes etc. Bang bang bang.”

His slides visually echo the clarity of the structure – minimal text and poignant images to support his message and to avoid any distraction from what he is saying. One slide = one idea.

For this speech I opted to create a full script; not with a view to memorising it by rote, but to explore the language more fully. I was aware that it would be a balancing act – not enough detail and the audience wouldn’t be able to picture the experience, too much and the content becomes vulgarly graphic. Scripting also allowed me to notice when language themes were developing, such as usage of military terminology, and then where else they could be drawn out.

In general, my ideas tend to come in jumbled fragments …  a bullet point story element here, a phrase I like there, so throwing them into a document allows me to quickly assemble and reassemble the order. This was particularly handy in this case as I knew I wanted to use narrative devices such as flashbacks.

The script was also helpful for memory as I could visually structure it into its segments and create bullet points for anything I wanted to enumerate. 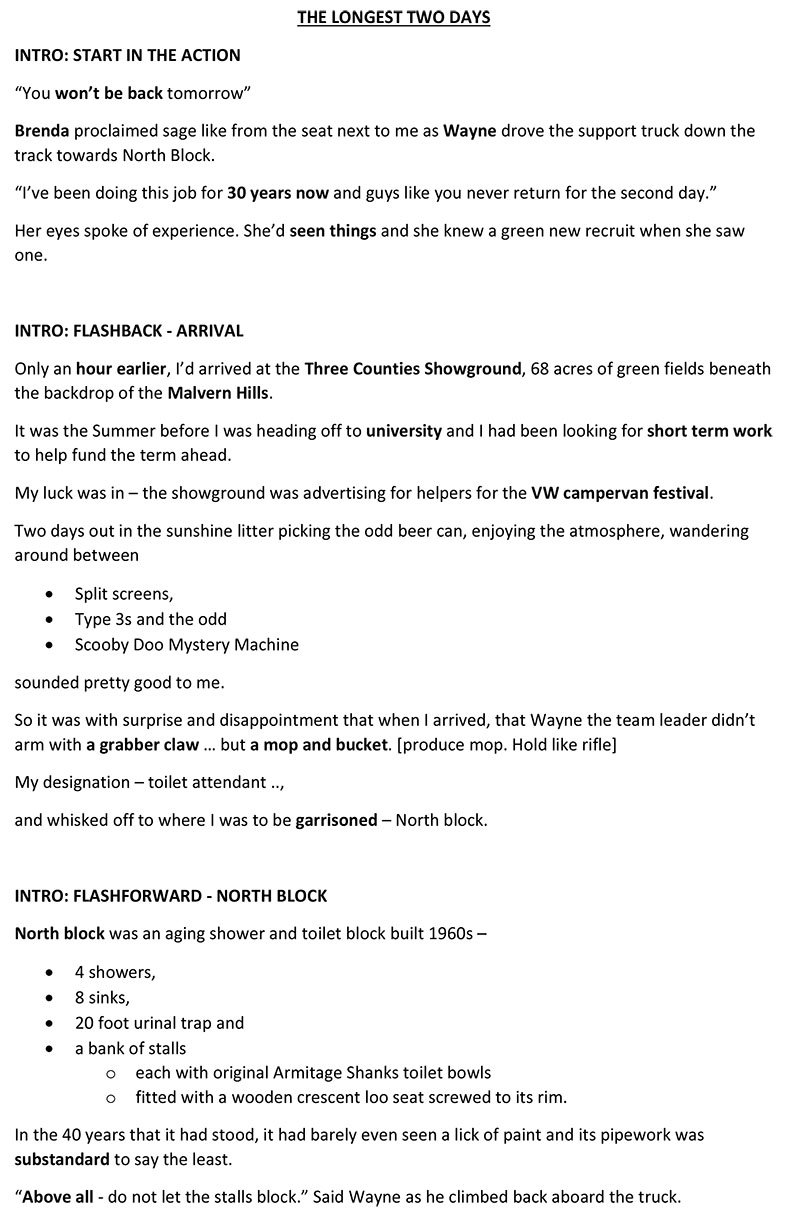 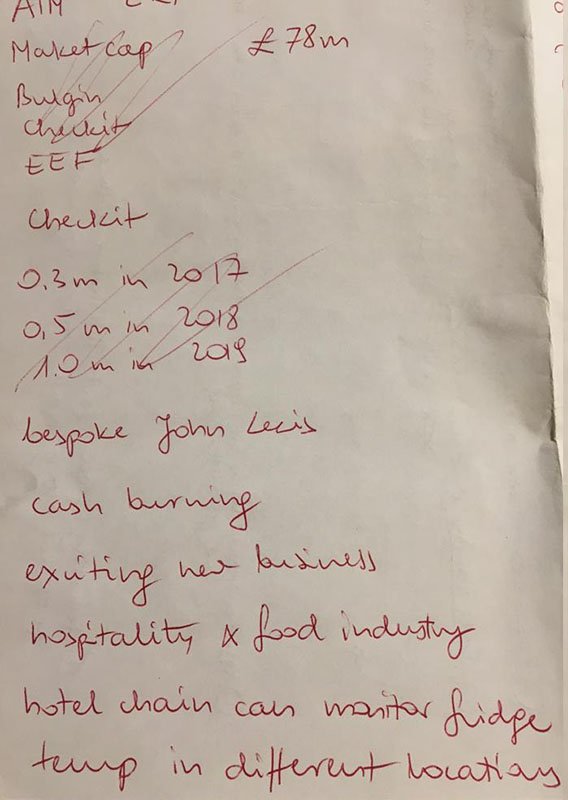 Monika had set herself the challenge of preparing a brand-new speech at short notice and so made the subject of her speech one of her favourite companies. She’d attended presentations by them before and had spoken to in person so knew the facts about the business.

“I knew the facts – the challenge was to make it interesting. The structure created itself when I was gradually eliminating dry bits.”

You can see from her notes that Monika started with a large amount of content – a bigger list of points that, like a woodcarver or sculptor, she gradually pared away to reveal the final shape of the speech. With the structure then clear, she could focus on how to make those remaining points as dynamic and interesting as possible on the morning. Clarity of structure helped her delivery too:

“Good structure also makes it easier to remember so there was no need to rehearse as many times.”

Richard uses a two-stage process for creating his speeches. Initially he writes ideas down as they form in the Evernote notetaking app on his phone. Once all his ideas are formed and he’s thought through what he wants to do, often by bouncing them around with a mentor, he writes a script in one sitting. 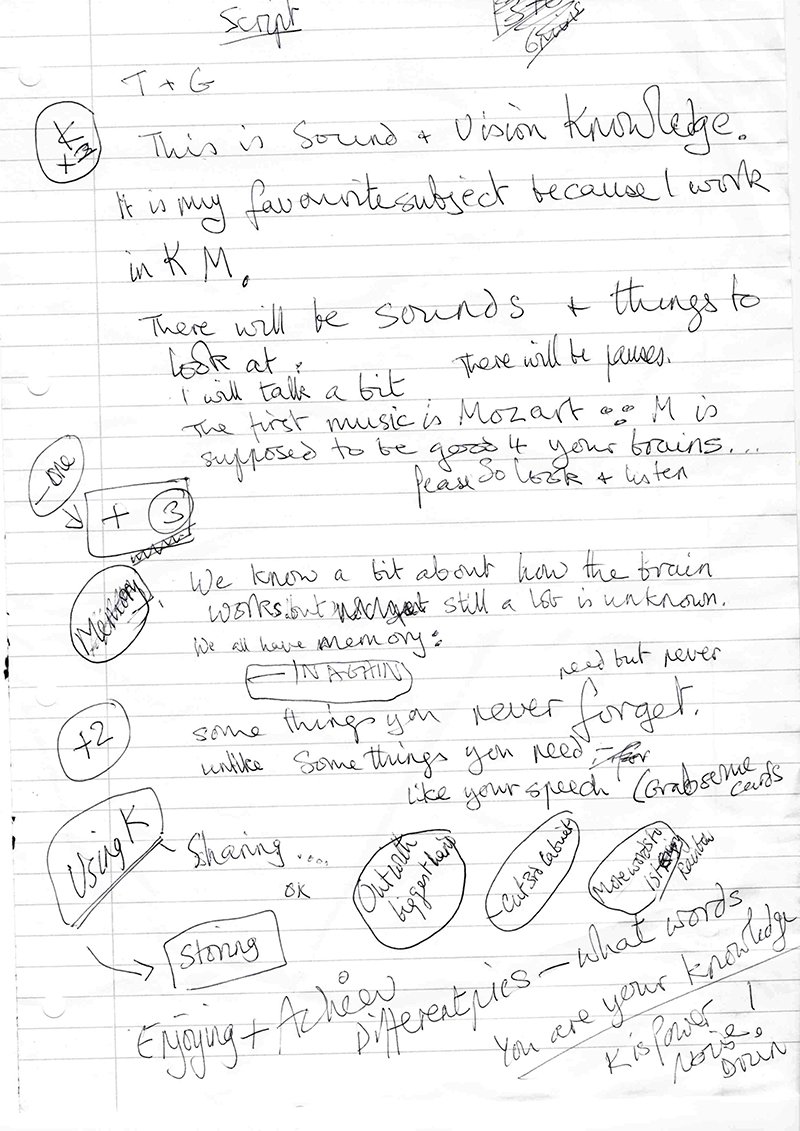 Ever willing to try something different, Lissi drew on combining music and images and was even influenced by the Pecha Kucha style of presentation to tie in with the Sound and Vision meeting theme. In Pecha Kucha, the speaker doesn’t control slide transitions – the slides move at predetermined times (though Lissi’s speech doesn’t use the format’s strict timings) so the speaker must keep pace to them.

“I usually write a full script. This time I started with the sound and vision idea. So no message just wanted sights and noise! That meant a lot of jotting then power point to fit, more jotting etc. I decided on timed slides late in the process.

Through these speeches we can see a wide range of different approaches at work in the weeks ahead of a speech coming to our Lodge Room 17 stage. Perhaps this peek behind the curtain might provide a little inspiration for a different approach to try when it comes to writing your next speech. As speakers we often explore and experiment with different ways of being on stage, but perhaps don’t often consider different ways of getting our speeches to the stage in the first place.

If you’d be happy to share the script or notes for your next speech for use in a future article or inclusion on the EBTV meeting page, please do send them on to me. Mentors or evaluators might find this useful for making suggestions to help you in your progress.